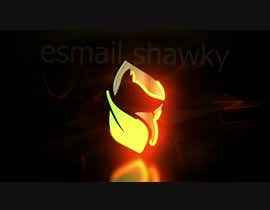 Hello there
I would like a properly done logo for my new pet project and a subsequent animation of said logo which is to be used as the intro piece to the video content.
The youtube channels name is On To New Shores
The channel will be inactive for a while longer, but its future focus will be on media critique and the likes, not really reviews but more deep dives into more niche matters such as script writing for example, this youtube channels is to run in tandem with me hopefully studying something along the lines of screenwriting and movie production next autumn.

Specifics:
As for the logo, I would want it to be more on the simple side, yet still retain a certain girth and polish to it, I want it to be cutting. I reject the notion that simplicity is innately a negative, but surprise me. Also, i would prefer to avoid the obvious connection between the logo and movie themed icons, film reels and such, as id want the logo to be more self sufficient.
Ill leave you the freedom to play around with acronyms or the full channel name, or just leave it out entirely (which i'm rather torn on, so i can't recommend this option)
So tldr: no obvious movie symbolism in the logo, and leaning more towards simple and sharp then exaggerated and out there.
And obviously in vector format for scaling.

As for the animation, since it will be reliant on how the logo turns out, this is the part where I will be more selective. But this will also grant you more creative freedom, so feel free to put in more than one example or version as it is weighed quite heavily amongst the dividing factors.
But same guideline here, more on the simple side, yet sharp and cutting.
Things to play around with, are perhaps something like extending the acronym into the whole name in the animation.

If you find you have the time and energy, then feel free to create a quick header for the channel as well, it doesn't have to be much, at most a decent rendering of the logo, with enough space along the side for me to later on add in thing such as social media tags.
Last of all, im not sure if the different dimensions for my requests are to be provided by me, but i hope this is something you can give a quick google search as it should be easy to find.

Alright then, lets kick this out of the park
Cheers // Patrick

“fluent and quick responses and easy communication, did a lovely job and acted very professionally <3 ”