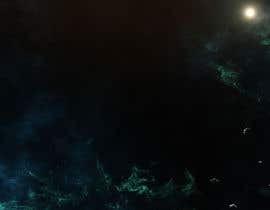 I'm making a New Horizons bundle of stock elements that people can use in Youtube videos, presentations, news reports and documentaries on the mission. A lot of the clips I'm including come with a luma matte, so people can remove the background and add in their own images, but I thought it would be nice to include a couple of high quality backgrounds. I'm not that good at creating stuff like that from scratch, so... I would like two space backgrounds designed. One that contains a generic space scene and one that contains an artists impression of Pluto. No other planets or spaceships or any other phenomena required, although you can include some moons of Pluto if you like. Here's my texture that I'm using for all my Pluto renders in the bundle...

I can't attach it here as I'd be breaching the exclusivity agreement with 3DOcean. Obviously, I don't expect anyone to buy the texture, as they might not be the winner, but if you could make sure that Pluto has a similar brown colour (as oppose to the icy blue/grey that a lot of people use) that would be great.

You can get an idea of the kind of things I'm including here...

I've attached a selection of images that I like, which should give you an idea of what I'm looking for. Both images should be 3840x2160 pixels. High quality JPG images are fine. If it saves you time then feel free to adapt or alter any of your existing work, but it has to be your own work and I need to own full rights to the images. I may buy additional entries from the winner or from other entrants, depending on the results.

So just to clarify on the contents of the images...

Image 1: A generic space background. Maybe a bit of nebulosity but nothing too over the top. Maybe the sun can be seen in the distance. No planets or spaceships or anything. Some asteroids would be fine, as long as they're not the main focus of the image.

Image 2: An 'artists impression' of Pluto. Can be a close shot or a medium shot, as long as it's not off in the distance. The distant Sun would be nice, maybe a moon or two and a hint of nebulosity. Would be nice if there were some asteroids orbiting the planet (not a full ring like Saturn or anything though) and the Sun was maybe casting shadows from the asteroids like trees would in smoky forest. If that makes sense?! Maybe a view of Pluto from one of it's moons could work. Anything that would look cool as a background, has an almost photo-realistic look to it and is reasonably scientifically accurate.... in that, I mean that the Sun isn't going to look massive in the scene and you can't have Saturn sat next to Pluto or anything!

If it will save you time, then we should be able to get away with 'Image 1' just being 'Image 2' but with Pluto removed. As long as its still looks good on its own as a separate image, that works for me.

The contest is for two images. There's nothing to stop you submitting three or more images in one entry if you want to. It doesn't mean you're going to win, as I'm looking for quality over quantity, but if I'm 50/50 between two entries then it could work in your favour. I've gone for 5 days, but 3 would be preferable. It's unlikely I'll award a winner in less than 3 days, but if you're working on something and you need four or five days, then let me know so I don't close the contest early.

Hopefully that covers everything, looking forward to seeing what you come up with!

PS I've added an image of Pluto that I made, with transparency. Probably best to use that, and scale and rotate as required, for consistency. Thanks!