When it comes to writing scripts for motion graphics, people often go about it the wrong way. A scriptwriter sits down and knocks out something they think will be fine, and hand it off to a designer without any further consultation. That might seem like the most efficient way to do things – after all, it doesn’t require scheduling meetings, figuring out times that work for everyone, etc. But the truth is, you’ll never get the best result like that. A scriptwriter doesn’t necessarily know what will work in a motion graphic, because they don’t have to think that way – and the designer may not understand what’s truly necessary in a script, because that’s not their way of thinking.

No surprises here: working together is your best bet, because it combines the best practices from both specialities. Here’s seven tips for smoothing out the process.

Even if you can’t sort out face-to-face meetings, there are ways around this. You don’t need the artists looking over your shoulder every minute of the process: no one does their best work that way. But if you have regular stops to check in, at every stage of the process, then the designers can guide you or your scriptwriter in putting together an effective script – and you or your scriptwriter can guide them in how it should be executed. If something’s impossible to translate into graphics, you can find that out at an early stage, rather than investing time in something that won’t work, or ending up with a substandard product at the end!

2. Remember that it’s not just about words.

You can probably come up with a script that you could read out and cover all the bases, but you don’t need to cover all the bases in detail like that. A picture is worth a thousand words, and a motion graphic can cram a ton of information into a very small space. Leave room for the images, and focus on what absolutely needs to be said.

3. Don’t script the visuals too thoroughly, though.

At least not without discussing it with a designer. What sounds good in your head may not actually translate to the graphic – and you may not be the best at communicating what exactly it is you’re visualizing anyway. It’s a great idea to make suggestions here and there, but you can only get the best from your designers by giving them space to work.

You don’t need two minutes of script to go with a two-minute long video. Graphics are a great way to get ideas across, but people need time to absorb them, and sometimes words can just be a distraction. It might feel a bit sparse as you’re writing it, but trust the designers – they can make use of that simplicity to create something arresting and effective.

5. Make it a multi-step process.

Write a rough script, and then pass it to designers for a storyboard. Then comment on the storyboard – scrap things – suggest where to add something new – rearrange the script... If you work together throughout the process, you’ll see the whole thing coming together as you work, and it gives you plenty of chances to see what’s working and what isn’t.

You don’t need to get fanciful about this, but a motion graphic needs a sort of narrative arc – an introduction, to set the stage for the information to follow; a middle, which conveys everything you need people to understand from it; and an end, which wraps things up and tells people where to go next. There’s something you want people to learn from the motion graphic, or do once they’ve seen it, etc. You need to communicate that clearly, and a story is one of the best ways of keeping people’s attention to let you do that. A clear structure in your script will help the designers too, and might well suggest exactly what graphics they need!

Where you have a really clear idea of what the video needs to say and look like, doodle it out like your own storyboard. This lets your graphic designers see where you’re going, even if you can’t draw anything better than a stick figure. It can be much easier to get across an idea by sketching out how to illustrate it – need to convey that sales are rising exponentially over time? It may not be obvious to the designer how you want to represent that, but sketching out a quick graph can be more powerful than writing a paragraph! 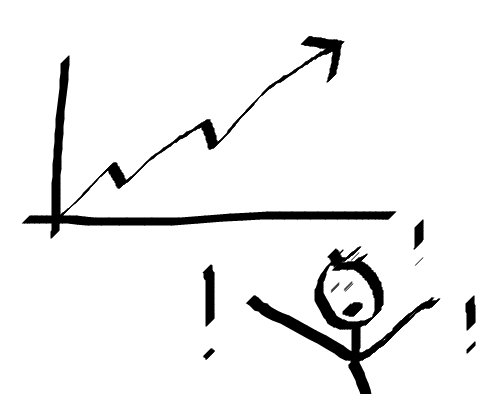 Obviously, the real key is to be flexible and responsive. Listen to the people you work with, learn from experience, and foster a collaborative environment.

Did we miss anything? Let us know in the comments below!

Choosing an effective design for your website will bring your business to the next level. Here are the following tips for website designs.

A different take on the web design trends that will be big in 2018. This article is especially valuable to web designers and developers.

This article is about how to improve the experience of interacting with a product so that customers find value in it.

11 Tips to Overcome Stress For A Graphic Designer